The Influence of Celebrity Spiritual Advisers

Everybody has something to follow. Meet the pastors trusted by some of the biggest A-List celebrities like Kanye West, Kim Kardashian, Justin Bieber, and Katy Perry. Life under the spotlight misleads many celebrities and puts them at crossroads with too many possible paths to take. In critical moments, celebrities have to make decisions that are likely to be followed by millions of people, that's why they're looking for guides helping them find the right way. A person who will give them the support they need usually backed up and approved by religion.

It's about time we meet some of the biggest celebrity pastors and spiritual advisers shaping our pop-culture from the backstage.

Kanye West: From "Gold Digger" to a gospel album

You probably have noticed Kanye's strong belief in God in his lyrics, merch, new spiritual album, and tweets. Sometimes, he even calls himself Jesus which previously divided the Christian community.

But did you know that a big part of the singer's life is pastor Adam Tyson? His presence has completely changed Kanye's outlook on existence. At some point the rapper decided to serve God with his music, completely changed this genre and even started getting irritated if someone curses in his presence. No wonder why he has released a new album with spiritual songs and quite interesting promo merch for the "Jesus is King" gospel album.

Another big part of West's life is taken by pastor Rich Wilkerson Jr. who officiated the marriage between Kim and Kanye and helps Kourtney Kardashian with a lot of advice. Rich is widely known on Instagram where he has over 678k followers and his own merch named after his church "Vous". He is also associated with Justin Bieber and other big celebrities.

Chance the Rapper believes in Kanye

In an interview at Jimmy Kimmel Live, Chance the Rapper said that he's amazed by Kanye's knowledge about the Bible and shares his belief that "Jesus is king". Both rappers enjoy talking about faith. Chance even mentioned Kanye as his spiritual father and perhaps a guide in his faith, even tough the singer is not a real pastor.

Faith is something that is followed by heart, not out of manners, which leads us to our next story.

Katy Perry was born and raised in an evangelical Christian family and both of her parents were pastors. A good singer from an early age, she quickly became a worldwide recognized celebrity singing and doing a lot of things that are not exactly... in line with the Bible.

In an interview for Vogue Katy mentions that in her childhood, she had to visit "makeshift schools", celebrate only Christian holidays and follow strict rules such as not to interact with gay people. When it comes to music, the community she was living in was mainly listening to the Christian singer Amy Grant, so her family introduced her to singers like Madonna and Marilyn Mason by "picketing their concerts".

The singer described her life in the past as a place of "generational racism", a bubble from which she escaped and eventually succeeded.

Katy Perry was raised in a Christian home that apparently didn’t address hard questions. #Apologetics is the theology that addresses doubt, skepticism and misconceptions. As parents, learn this stuff & don’t avoid your kids difficult questions. There are good answers! pic.twitter.com/3AonzGQ6C5

Justin has always been all about Christianity - prayed with his team before every concert, had very close Canadian friends that were strong believers and tried to follow the rules of religion. There were even times where Bieber's fans would call themselves "beliebers".

But in the past few years, Justin went out of the media's attention and focused even more on his well-being, faith, and soul. The pop star's humility and spirituality have been connected with the name Carl Lentz, whom the young celebrity met when only 14.

Lentz is also known as the "hipster, tattoed pastor" who loves basketball and has over 642k followers on Instagram. He helps thousands of people to reconnect with God, find inner peace and live a better life by preaching, attending big church events and writing books.

After Justin's marriage with Hailey Baldwin, some rumors have been going around about a break with the pastor in the name of the relationship. Others say that the pastor's wife is a very close friend of Hailey and supports the marriage. We may never know the truth, but we hope that Justin is in a better place now and focuses more on the things he loves.

Today Rudy Rasmus is known as Beyonce's pastor but before dedicating his life in the name of God, he had a though life where "money was God".

His father ran a motel business where he rented rooms to prostitutes and their clients. Eventually, Ruby realized that easy money was not worth the immoral actions and decided to find a better meaning of life. His wife, Juanita, helped him find salvation in church.

Pastor Rasmus knows Beyonce since she was a child and confirmed that she's prepared her whole life for her purpose - having a remarkable career in entertainment. Rudy and Beyonce define their relationship as "family" and do a lot of charity work. Together they built multiple houses for the homeless, for senior adults and helped a lot of people in need.

Was Rihanna's former pastor concerned about her?

Bishop Vibert Lowe is the former pastor of Rihanna back when she was still living in Barbados. In the past, some local sources and news websites claimed that the spiritual advisor was concerned about the fame path the celebrity has taken and was praying for her health and better life decisions.

Sadly, Lowe passed away in 2016. The holy man and mentor was remembered with goodness and sent with many honors in his hometown.

It's not publicly said whether the singer has a pastor anymore, but in an interview, she mentioned that her grandmother gave her a devotion book before passing away. Rihanna's mother - Monica Fenty, is also a strong Christian believer who posts Bible verses on her personal Instagram every single day and sometimes even censors her daughter's social media posts.

The televangelist is now working in the White House, which doesn't stop her from throwing around some scandalous obligations regarding the church, the Bible and big American companies. White also has a very interesting background about which you can find more in one of her over ten books.

‘To say no to President Trump would be saying no to God.’ — Trump’s faith adviser and ‘Righteous Gemstones’ character come to life Paula White is now an official White House employee pic.twitter.com/hjCOfnpjHD

Just like most famous people, a lot of celebrity pastors have been criticized by religious communities for serving devilish needs of approval driven by thirst for money. No matter what the real deal is, we believe that people have the right to seek mental support when it comes to decision-making, as long as they are *really* trying to do the right thing.
More Entertainment

7 Tricks Horror Movies Use to Make Us Trembling
Which are the top tricks that keep us in shock?. 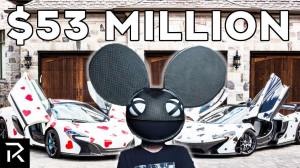 How does a famous DJ spend his money?
A story about an eccentric Deadmau5's spendings. 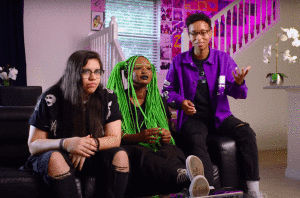 What does it mean to create contemporary music?
Tea, Ada & Edith share with us their life philosophy. 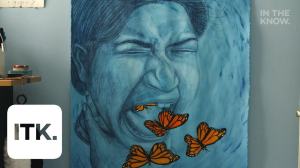 Digital art to fight climate change
Modern story of a girl who is working in the big environmental battle. 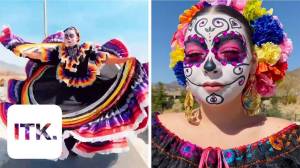