What to Expect from James Bond No Time to Die

Bond 25 dropped its first trailer. It's time to examine the film's production and see if Bond still has what it takes.

The first teaser trailer for No Time to Die, the new James Bond movie, is here. What does this mean for the future of the cinema spy?

Why you should look forward to No Time to Die?

For years, the English actor has been conflicted about playing Bond. In one interview, Craig claims the role is amazing, in another, he says he'd rather slash his wrists than return. The role of 007 is hard and demanding. Every actor that takes on the role has most of their career engulfed in it.

That can be great, as James Bond is one of cinema's great icons, but it's also exhausting and limiting for the actor involved. Luckily, Daniel Craig didn't "slash his wrists" and continued playing Bond, much to the delight of his fans. But this will likely be the final movie in this continuity of films. Or, this could all be a marketing ploy to get people into the theater. Sean Connery played Bond in 6 movies, Roger More played him in 7. It's still possible for Craig to do more movies.

That’s a wrap on #NoTimeToDie. See you in cinemas April 2020. #Bond25pic.twitter.com/Qo6lM9TkFe

No Time to Die is directed by American filmmaker Cary Joji Fukunaga. He's famous for directing every single episode of True Detective's first season and for co-creating the TV series Maniac. Other than his work in TV, Cary directed the movies Sin Nombre, the 2011 adaptation of Jane Eyre and Beasts of No Nation, which stars Idris Elba, an actor often speculated to be the next James Bond.

Cary Fukunaga is known for his ability of creating atmosphere as well as location shooting. No Time to Die has scenes shot in Jamaica and Italy, as well as England and Norway. This will provide a lot of the globe-trotting appeal the 007 series is known for.

Look at my baby ❤ #RamiMalek@ItsRamiMalek@whoismrrobot#MrRobotSpoilers@samesmail@007pic.twitter.com/XXwavPwxhD

Fresh out of winning the Oscar for Best Performance by an Actor in a Leading Role, Malek goes on to play a Bond villain. According to Malek, he would only accept the role on the condition his character wasn't tied to any real-world ideology. The James Bond movies have often been criticized for demonizing certain groups, starting with communists during the Cold War. The motivations of Malek's character remain a mystery, though we're sure to know more in future trailers.

Cary Fukunaga is known for his ability of creating atmosphere as well as location shooting. No Time to Die has scenes shot in Jamaica and Italy, as well as England and Norway. This will provide a lot of the globe-trotting appeal the 007 series is known for.

Why you shouldn't look forward to No Time to Die?

While Fukunaga is an excellent director, he is known for being more laid-back and experimental with his movies. That creates his signature atmosphere and great visuals, but it also causes problems in a demanding, high-budget situation such as the one on the set of James Bond. Fukunaga was reported to have played Red Dead Redemption 2 instead of directing the movie, something which he denied. While this is sort of funny, it can also indicate that Fukunaga wasn't the right person for this job. 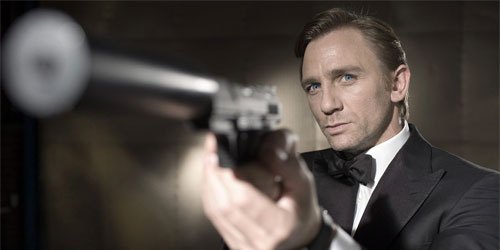 There have been rumors that James Bond could not return as agent 007, and instead be replaced by Lashana Lynch's character, Nomi. Screenwriter Phoebe Waller-Bridge was hired to add more diversity and to address James Bond's attitudes towards women.

While Waller-Bridge is a talented writer, similarly to Fukunaga, her previous work doesn't suggest an aptitude with a material such as James Bond's espionage action. Waller-Bridge's highest-profile work yet was Solo: A Star Wars story, where she played the equal rights-seeking android L3-37. She has also written several critically-acclaimed TV shows such as Fleaback and Crashing.

Diversity and the inclusion of female characters are often implemented in an attempt to draw fresh audiences into seeing a film, especially women who may not be interested in Bond. But this strategy didn't work for the recent Terminator: Dark Fate movie or the Charlie's Angels reboot, or the less recent all-female Ghostbusters remake.

Is Bond in financial trouble?

James Bond is a reliably profitable franchise. With a history spanning more than 50 years and more than $14 billion in box office returns, it's safe to say Bond earns his glamour. But recently, there have been some red lights that signify Bond is losing some of his mojo.

Box office returns always have to be split in half, as theaters take about half of the revenue. There's no doubt that millions of people will go see No Time to Die, but nowadays, blockbusters more or less have to make around $1 billion in order to be financially successful. If we see the same drop rate as with Spectre, this may be a sad conclusion to Craig's run as James Bond.

Despite all that, one thing is certain - there are many talented and professional people involved in the production and Bond 25 will certainly be worth a watch. No Time to Die comes out in April of 2020.

This article may appear in some platforms with a collage cover photo with photos from Flicker by user Brava_67.