What Happened in Westworld so far?

A brief description of the events from the first two seasons in preparation for the third.
ByOMG.ROCKS
August 7, 2020

scifi.bg
Around the international quarantines going on in the world and the panic induced by the coronavirus there isn't much news about sci-fi productions these days, save for mass cancellations or delays of movies, series and shooting processes.
In any case we will soon see the beginning of the third season of one of the most relevant series in our genre – Westworld. It will be uploaded to HBO GO in a few hours, early in the morning of March 16th and it will air on the TV channel later in the evening. Since this was one of the most difficult series to follow we made the effort to give a brief description of the events that took place so far, in a chronological order. We are doing this under the provision that we do not really know how messy the third season will get and how many details we will have to keep in mind from the first two seasons, especially given that new characters are about to join in the action.

The "Westworld" Park is the project of two brilliant scientists – Arnold Weber (Jeffrey Wright) and Robert Ford (Anthony Hopkins). They create androids which look and act like human beings but still following their programming, carried out by the scientists and their team, playing pre-defined roles in a larger scenario similar to a video game.
The Delos Corporation is so impressed by the scientists' creation that they invest a fortune in the project. The trouble starts when Arnold's son dies and the scientist decides to bury his grief in work. Arnold becomes close with one of his early creations – the android known as Dolores – so much so that he starts recognizing elements of consciousness in her. 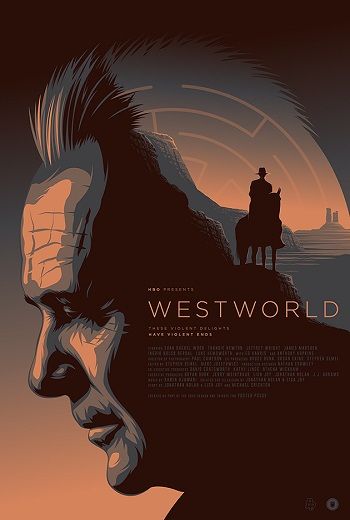 scifi.bg
This way he discovers that he and Robert had not only created robots for fun but a new race in synthetic bodies. That is why he suggests the suspension of the development of the park but, naturally, Robert doesn't want to hear any of it. Desperate and decided to prevent the injustice in its earliest of stages, Arnold creates a second persona in Dolores' body – a villain named Wyatt. Wyatt kills a whole bunch of hosts, shooting Arnold himself. The idea behind this course of action is the crippling of the Westworld project, but the Delos Corporation manages to realize the project and cover up the incident.
Arnold's plan fails but he does not abandon his creation entirely. He discovers that the mind is a labyrinth and not a pyramid, so he creates a path which will one day take Dolores through her own labyrinth, so that she may achieve her own individual intellect which equals that of a human being. 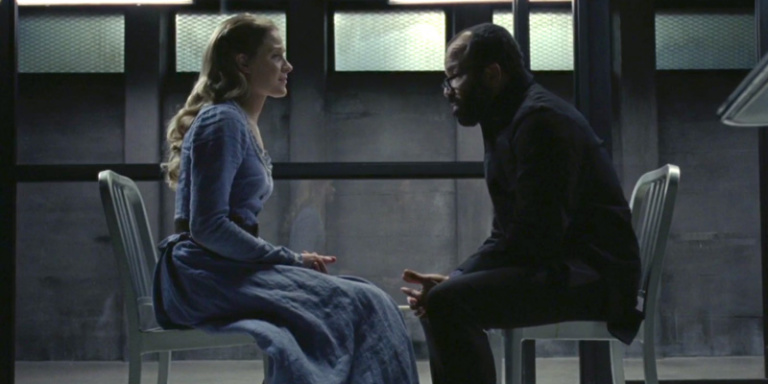 Through the years other hosts manage to do the same, they include the Indian chief Akecheta (Zahn McClarnon) and Maeve (Thandle Newton), while the symbol of the labyrinth mind is being spread through the park. Its key and the last gift Arnold gives his creations is a secret update, which allows them to keep certain memories from their past "lives", mostly the more traumatizing ones, which shape them into self-aware personalities over the course of time.
Although Robert disagrees with Arnold, he is fond of his recent partner and requires his assistance. That is why Robert creates a host which resembles Arnold to the last detail, endowing him with an artificial persona – Bernard – who thinks that he is human and works as the head programmer in the park.

The Man in Black and James Delos

William is one of the key figures in the early history of the park (he is portrayed by Jimmy Simpson in the past and Ed Harris in the present). He is the son-in-law to James Delos (Peter Mullan), the director of the Delos Corporation. William enters Westworld fairly innocent and shy but he soon falls in love with Dolores. After her reboot she does not recognize him and doesn't recall her experience with him, which breaks him and transforms him into The Man in Black – a villain addicted to the park who kills and pillages without much concern for the "life" of the hosts. 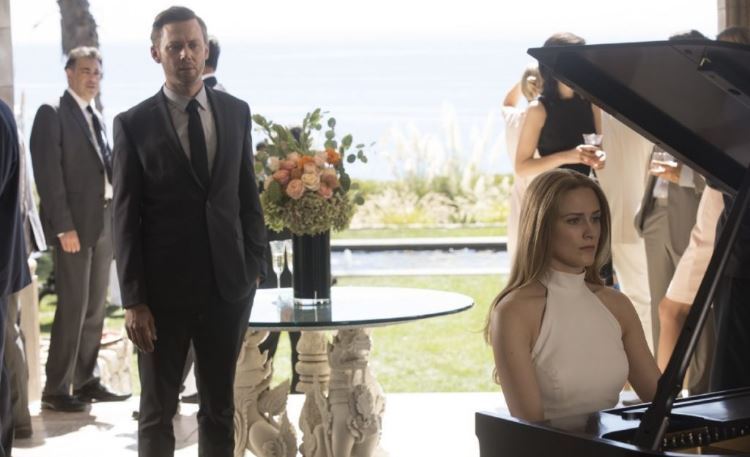 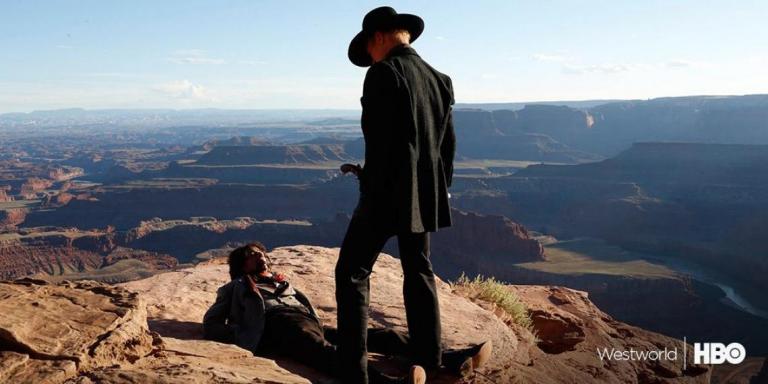 scifi.bg
He becomes persuaded in Westworld's market potential and manages to persuade James Delos to collect information on the park's visitors. This information may be used for marketing purposes and provides added value to the investment. The data collected through the hats, which the guests wear, is stored in The Forge.
The place has a different hidden agenda, though. Delos is looking for a way to combine the data with the technological progress in the host bodies in order to achieve immortality. Long after the death of the founder's death, the company is in search of a way to revive him, copying his consciousness in an artificial body. Unfortunately, it turns out that copying a real human being is way more difficult than the creation of a new persona from scratch, so tests fail with every attempt.

In the base timeline of the first season Robert Ford has already changed his opinions regarding the moral aspects of the park's existence and is in agreement with his long late partner, Arnold.

scifi.bg
Robert believes that the hosts are the next step in human evolution. In order to help his creation free themselves he writes a new script named "The Journey to Night" and implements Arnold's secret update, which allows hosts to retain their memories. Maeve is the key figure to Ford's plan, so she gets the opportunity to run away from the park, but ultimately decides to go back and rescue the fictitious daughter she had in her past life.
Delos' board is unhappy with Robert's performance and starts working towards his removal from the leading post prior to his implementation of the new scenario. But Ford senses that there's a coup being stirred up against him, so he prepares his own blows. 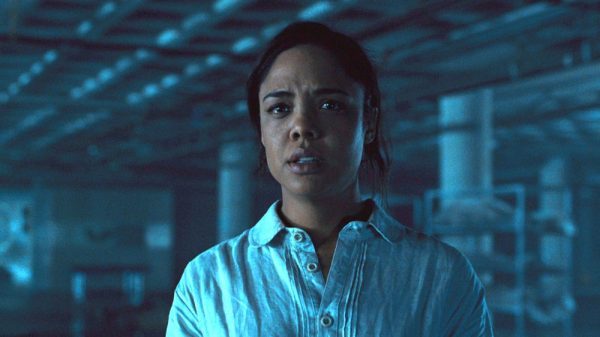 scifi.bg
His ace in the game being the fact that he controls the data, collected from the guests and stored in The Forge. Ford kills Theresa Cullen (Sidse Babett Knudsen), who is secretively attempting to transfer the information to Delos and organizes Elsie's (Shannon Woodward) kidnapping by manipulating Bernard. The culmination of these events is a bloodbath in which an army of hosts mercilessly murders guests from the Delos Corp., gathered at a gala in the park. While that is happening Dolores murders Ford in the same way she did Arnold back in the past, but this time around being fully conscious of her actions. The hosts are already free from the limitations of their scripts.
In his old age William continues searching for Dolores and unknowingly helps her unlock her mind. Even though he is constantly being reminded that the Labyrinth is not for him, he is persuaded that if Dolores fulfills her quest a new, secret, level off the game will be unlocked. Which is more or less what did happen...

Second Season: The Revenge of the Hosts

Dolores gives into a bloody revenge and brutally murders people still in the park. Her goal is to escape and go out into the real world. Her loved one, Teddy, tries to bring her to reason but she manages to change his programming so as to better fit her own style, but ultimately Teddy kills himself. 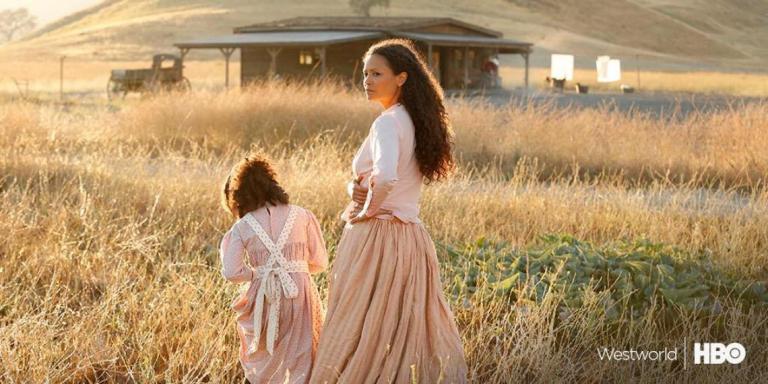 scifi.bg
Ford had told Akecheta about the Door long ago and the Indian chief has devoted himself to the search of this mystical portal, which would lead his tribe to a better world. Now, being fully conscious, he understands that what he is searching for is The Forge. After a visit to another park, known as "Shogun World", Maeve finally reunites with her daughter and Akecheta. 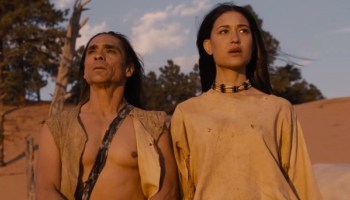 scifi.bg
They find the portal and manage to lead a large number of hosts through it – this way their consciousness is uploaded to a virtual heaven, while their earthly bodies die. However, Delos' forces interfere and interrupt the pilgrimage for the remaining part of the hosts. Maeve sacrifices herself so that her daughter and Akecheta can get through, after which she is shot and the portal is closed.

The End of the Second Season for Dolores, Bernard and William

Dolores wants to destroy the portal and to align the hosts on her side, so that they can take over the world of the humans. She reaches the core of The Forge and realizes she can stop the whole process but at that point Bernard intrudes and murders her. Although he is in agreement with her plans, he just wants to respect the wishes of the hosts that would not like to take part in a bloody revenge but rather find a peaceful existence in a better world. Bernard uploads Dolores' consciousness to another host, a copy of Charlott Hale (Tessa Thompson), an important Delos employee. 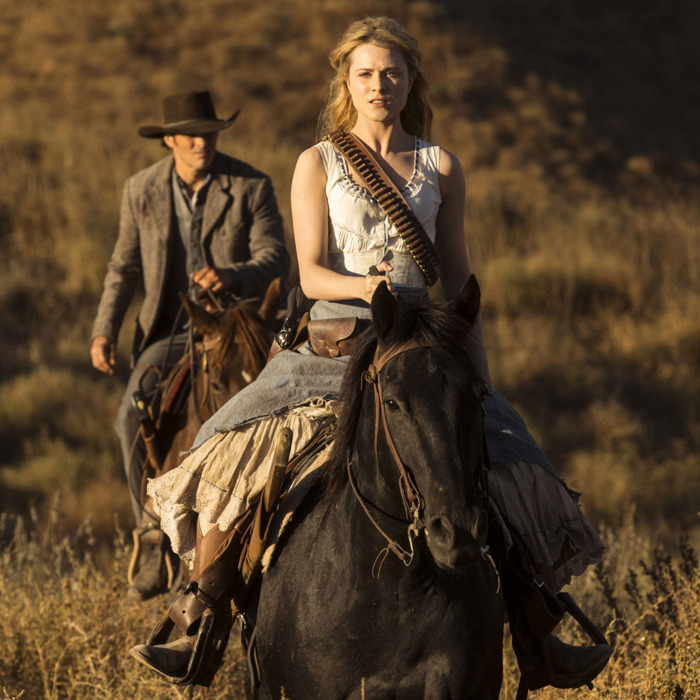 Disguised as Charlotte, Dolores manages to complete the upload and to escape from the park, hidden among the other guests. At the exit, the Head of Security, Stubbs (Luke Hemsworth), realizes what's happening but he still let's her go.

Upon her escape, Dolores is armed with a new kind of weapon – she has memorized the data from The Forge and in this way, she has come to know the human soul in a completely new way. Now she has intimate knowledge of her enemy. She carries the minds of five other hosts within herself, one of which is her father (from the scripts), and another – Bernard, who is later on rebuild in the real world. So, Dolores and Bernard have a lot of common history but they ultimately consider themselves enemies.
During the chaos in the park, William encounters his daughter, Emily, who went there to save him. But since he has not been in touch with her for a long time, he considers her a clone, sent to make him stray from his path. It is just after he kills her that he realizes she is real. Many years later, in the strange post-credits scene, we see William reliving these events over and over. Each time he reaches The Forge, though, he is being greeted by the host version of Emily, who tests him in the same ways in which he tested James Delos' copies in the past. It turns out that Westworld has been destroyed a long time ago but someone is interested in William's immortality. It is not really clear how much time has passed since William's death, but his consciousness is now in a host, who tries to achieve the same degree of human individuality, which James Delos never could.

scifi.bg
Only a few hours are keeping us apart from seeing how the story unfolds. Scriptwriters have promised that the third season will be rather more straightforwartd and simplified in comparison to what we have seen so far, so it is possible that in a year or two, when we are awaiting the fourth season, we wouldn't really have to write all of these explanations and reminders...