What are some of the irregular takes on automobiles which our favorite genre offers us?
ByOMG.ROCKS
December 10, 2020

scifi.bg
Science fiction is a genre which looks forward into the future and shows us things as they would probably become or in any case – what they could be. Sometimes it reaches such extremities which become utterly impractical or simply impossible, but nevertheless spectacular. Here we’ve listed five of the most scandalous cars in Sci-Fi in a progressive order, going from the somewhat plausible to the absolutely insane.
5 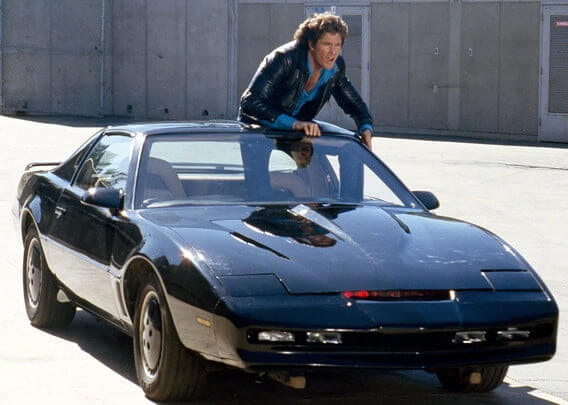 Knight Industries Two Thousand (or Three Thousand in the new series) is not just a car but a full-blooded (to the extent that the adjective is applicable) character. He’s a self-conscious AI, super advanced computer embedded inside of a slick-looking robotized automobile. His armor protects against all kinds of bullets and lighter explosives and withstands temperatures as high as 400 degrees Celsius. The Turbo Boost feature allows him to reach speeds of more than 300 km/h (both forward and in reverse) and of course there’s also the Jump function, so that he can evade obstacles. He’s equipped with all sorts of weaponry, a videophone and all kinds of gadgets.

KITT is the auto-engineer’s dream, and he fills spot no. 5 simply because he’s too realistic – with the development of AI we could expect for such cars to become reality within our life span.
Next
»
More Movies

5 Gentle Giants from TV Series
They may scare you at first sight but these men are truly gentle souls.