Why Is the Internet Obsessed with Keanu Reeves?

The whole world fell in love with Reeves in 2019. Here's why. 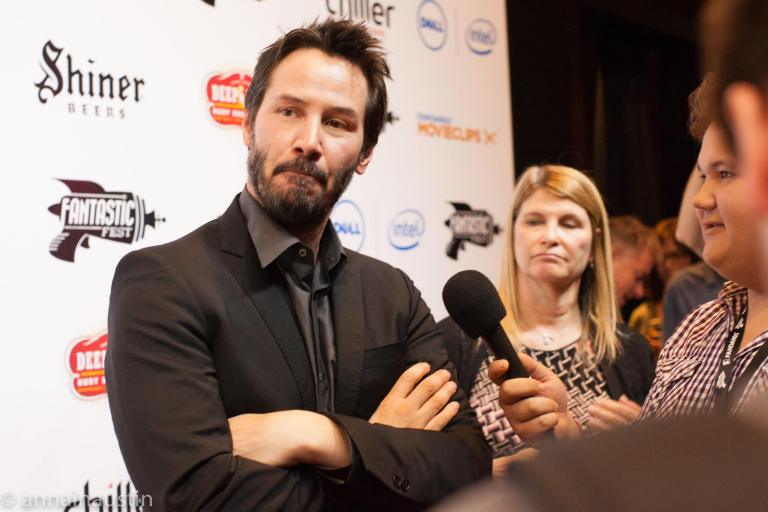 Anna Hanks / Flickr
Unless you've been living under a rock for the last several years, you've probably already noticed that Keanu Reeves has taken the internet by storm.
These days, you can't scroll the Facebook, Reddit or Twitter without seeing some kind of article or meme about the longtime actor. And unlike most of today's Hollywood A-listers, Reeves' press coverage is 100% positive.
One thing is clear: the internet is smitten with him. But why?

Reeves first hit the silver screen in the 1989 classic stoner comedy Bill & Ted's Excellent Adventure. Through the 90s, he acted in a variety of films and television shows, eventually landing the role of Neo in the timeless 1999 sci-fi action film The Matrix. Bolstered by the movie's success, Reeve's cemented his place as a Hollywood superstar. Since then, he's become a household name.
All in all, Reeves has been in the public eye for more than 30 years. His career boasts some of the last several decade's most iconic films, including a starring role in the highly popular John Wick films.
He's been around for literal decades, which means he's has had plenty of time to build a fan base. But this past year Reeves' popularity reached whole new heights.

The science behind why we see so much Keanu-related coverage comes down to the man's astounding work capacity. Reeves juggles more projects than most actors, making him a focal point in the public eye.
This was especially true in 2019. In the span of a one single year, Reeves released John Wick 3, voiced over a character for Toy Story 4, appeared in the Netflix Rom-Com Always Be My Maybe, announced plans for a new Bill & Ted movie, and started press for the much-anticipated videogame Cyberpunk 2077. He also began pre-productions for the future films Rally Car and The Starling, both said to debut in 2020.

Reeves, who is a longtime motorcycle fanatic, also owns and operates his own high-end custom American motorcycle manufacturer, making him a prominent figure in the world of custom bikes.

It's not a publicity stunt

At the end of the day, Reeves' abounding press coverage and overwhelmingly positive image is anything but a series of cunning publicity stunts. Put simply, all evidence suggests that Keanu Reeves is just a really good dude. After more than 30 years in the business, increased press from his countless projects are finally bringing his true character to light.
Plus, Reeve's positive reputation is particularly noticeable in the context of today's media culture. His respectful demeanor and generous image serve as a refreshingly stark contrast to the declining reputations of most other Hollywood A-listers.
In the wake of the Harvey Weinstein scandal this past year, headlines filled with dark accusations towards many of the world's most famous figures. These allegations tarnished the reputations of actor James Franco, news anchor Matt Lauer, comedian Louis C.K., former President George H.W. Bush, and so many others.
Reeves' also had plenty of viral headlines this past year, but in a dramatically opposite fashion. One major story from June 2019 garnered the star mass praise for his practice of using an open-hand gesture when hugging women in an effort to display respect.

Keanu Reeves uses the same open-hand gesture when taking pictures with women. His’ move is referred to as “manner hands” in South Korea and shows how men could be more respectful. pic.twitter.com/n6zSUeeEuD

The best part? Keanu Reeves has no idea

Nothing drives the point home more than the fact that even Keanu is oblivious to the global crush we've all developed on him over the past several decades.
When asked about his explosive popularity, the actor blushes, stutters, and quickly dodges the question. Even in interviews, Reeve's doesn't like to talk about himself; instead, he chooses to spotlight others.
At the end of the day, it's largely Reeves' bashful unwillingness to accept praise that makes us so likely to shower him in it.

This article may appear in some platforms with a cover photo by Anna Hanks. CC BY 2.0.