They may scare you at first sight but these men are truly gentle souls.
ByOMG.ROCKS
December 4, 2020

We all know someone that’s huge, scary and evil-looking at first sight but when you get to know him you find out that he’s a gentle, friendly person. Well, Sci-Fi has plenty of character to offer in that direction. This ranking will look at the more interesting ones.
5 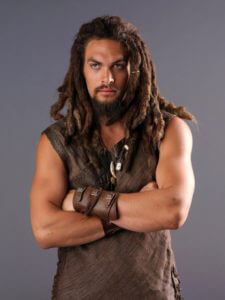 His planet is attacked by the Wraith, the larger part of the population is either murdered at the time of the attack or taken for food after. His love dies before his eyes in an explosion and he himself is abducted and turned into prey for fun. Hunted by the Wraith for 7 years but decided on revenge, he meets the Atlantis group who help him by removing the tracking chip installed by the Wraith.

Despite his shattering story, Ronon proves to be quite the friendly fellow during the whole of the series. In the beginning the distrust &ndash; aftereffects of his life so far - is apparent but later he goes on helping the team not only by risking his own life but doing it in his own bear-ish manner.

He helps Sheppard learn to fight more effectively during their usual sparring encounters which are also quite fun by themselves. In season 4 we see him exhibiting romantic tendencies towards Dr. Jenifer Keller.
All in all, Ronon Dex is a big but nice fellow who may be a bit rough around the edges but he’s intriguing and interesting to watch. Just don’t get him mad...
Next
»
More Movies